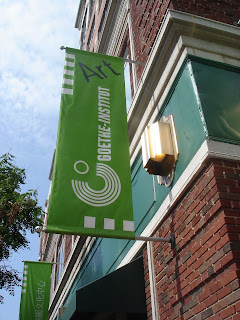 The Goethe-Institut Washington announces a competition to create an identity design for the façade of its building in Chinatown. Design entry deadline: October 15, 2010. A panel of expert Washington-area designers and architects will judge the entries. The winner will receive a $1000 prize and the top five submissions will be displayed at the Goethe-Institut and included in our 20th anniversary festivities in December 2010. The twin goals of this project are to highlight the Institut’s location more creatively and to make its function and purpose more visible and inviting to the public.


Goethe-Institut is the German cultural center that organizes a wide range of arts-related events such as films, art shows, poetry readings and discussions, as well as providing German language classes. It is a private non-profit organization with its headquarters in Munich.

The Institut seeks to update its exterior – through creative design of the window space, awnings and outdoor banners -- to present a face to the community that is more compelling, and reflecting the contemporary aesthetic of German culture. The end result should integrate the objectives of the Institut into a new façade that is inviting both from the interior and exterior during the day and at night.


Located at the intersection of Seventh and I Streets, the Goethe-Institut Washington has a prominent position in the historically important Chinatown neighborhood of the District. The area’s rich Chinese and German cultural heritage serves as a backdrop for the crowds who work, shop, dine and visit the museums and entertainment venues around Gallery Place. 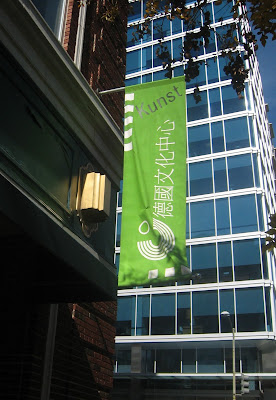 The Institut occupies the first two floors of the building and has just over 100 feet of frontage running along 7th and I Streets. There are floor-to-ceiling windows regularly spaced along both floors. These windows can serve as a frame for any genre of innovative artwork and design that also allows for some flexibility, e.g., posters, wall hangings, lighting installments, window treatments, LCD screens/monitors, videos and/or other technological installations. The existing two-yard-high canvas banners hanging outside the building can be changed as well. Any innovative design that meets our criteria is welcome!


The Goethe-Institut’s red brick building, with its Art Deco-inspired features, is subject to DC historic preservation guidelines. While this law prohibits any alteration of the structure, our proposed changes offer a great opportunity for innovative creative design.

The Goethe-Institut Washington invites all interested parties to submit a design for this project on or before October 15, 2010.

Submission process: Digital submissions only (pdf or jpeg documents) to GoetheFacade@gmail.com. Your drawings should be detailed renderings of your design concept with information on materials required, but we do not require production-ready blueprints at this stage. Please identify drawings as “Goethe Façade Design Competition 2010”. Your submission may be accompanied by a written description in a Word document.


All enquiries about this project should be directed to: Holly Rodgers Wescott at GoetheFacade@gmail.com or by phone: 781 361 5144.

For more information on the activities of the Goethe-Institut Washington, please see our website: www.goethe.de/washington
Posted by IDRA The Interior Design Resource Agency 162 comments: 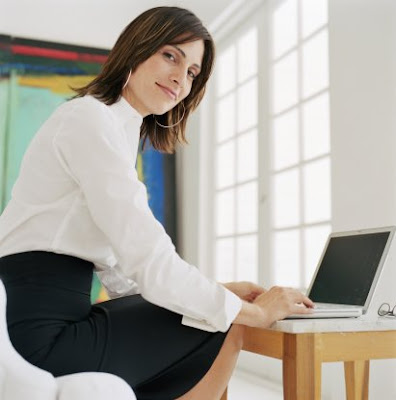 The three top issues that I seem to work with my executive clients on are Effective Recruiting, Maximizing Production and Time Management. Today I’d like to share some thoughts on how to better identify candidates that are more likely to succeed in your business.


Have you ever brought someone on as an independent sales agent, only to have them act like an employee? You told him he was an independent businessman. You explained to her that there were no benefits. You made it clear that their success depended on their own efforts. Yet, …

They begin to act as if someone else will be there to pick up the slack or cover them when they act irresponsibly. They will be casual with funds. They don’t file license renewal paperwork in a timely fashion. They don’t do what they say they will do and then complain about their finances. You know the kind I’m talking about.

Let’s discuss some ideas on how to better weed out candidates with an "employee" mindset and more effectively identify candidates with an "owner" mindset. What we’re talking about here is an art rather than a science. Clues can be picked up from their past as well as through effective questioning. Obviously, a red flag ought to go up when you hear certain "employee" types of questions:

• What kind of benefits are provided? (after knowing that they would be a "1099er")

• What kind of hours would I be working?

• Are there any paid vacations? 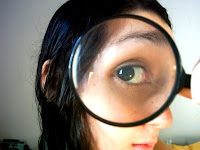 Using Their Background for Clues

Clearly, many people who consider a sales career come from a background of employment. Never having owned a business before isn’t really an indication of their ability to succeed as an independent business person. However, in looking over their history, there are several things you can look for that can lead to clarifying questions:

• Have they stayed in jobs for extended periods? If they have, it may demonstrate loyalty and perseverance. While these are good traits, the job stability may also indicate a preference for employment rather than independence. Asking good clarification questions (below) can uncover their true feelings.

• Have they changed jobs frequently? If they have, it can show instability, poor self-discipline, and a tendency to have problems. On the other hand, it may reflect frustration with the employment environment and a desire to be self-directed and independent. Again, asking good clarification questions (below) can help you decide which it is.

• Have they ever owned a business before? If they have, it demonstrates an entrepreneurial spark. Of course the question remains as to what happened to that business? Again, clarifying will help in evaluating its significance.

The facts surrounding someone’s past give us an idea of where they’re coming from. However, their feelings and thoughts about their past experiences can offer a better insight into their make up. Some questions will be oriented towards clarifying past experiences and decisions; others are directed towards revealing their entrepreneurial thinking capacity. As you become proficient at questioning, you’ll be able to reveal a candidate’s motivation for considering that specific career. You’ll make better recruiting decisions and as a consequence have more time to devote to the candidates that will succeed. Having more agents who are likely to succeed will lead to better time management and faster growth.

Mr. Beck's credentials include an MBA from the Wharton School of Business along with degrees in Engineering from the University of Pennsylvania. Michael has held a variety of executive positions including CEO, COO, CFO, EVP, VP of Finance, and VP of Business Development. In addition, he worked several years overseas as a Business Advisor to a member of the Royal Family of Saudi Arabia. He is a Founding Member of the International Association of Coaches and a Past-President of the Denver Coach Federation.