It’s hard not think of spectacle upon hearing the name Versace. From the gilded winged teacups of the company’s early tableware collections to the bare-to-there, fringed gown in which “Mad Men” actress January Jones crossed the red carpet at Sunday’s Golden Globe Awards, the Versace label has long emulated the essence of over-the-top Italian ornamentation tempered by a contemporary design edge that keeps the glitz glamorous rather than gaudy. 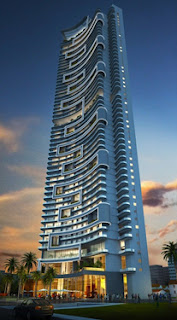 For its next fantastic feat, Versace’s nearly 20-year-old home-design division is creating interiors for Century Properties’ $68 million Manila-based residential tower, part of the developer’s 8 1/2-acre mixed-use Century City complex. Set to open in 2015, Versace interiors will be featured in nearly all the 53-floor building’s common areas, including the lobby, lounge, library, pool, and spa. Interior schemes by the designer will also be available to residents customizing any of the project’s private units, from one- to three-bedroom apartments to penthouses and town homes. 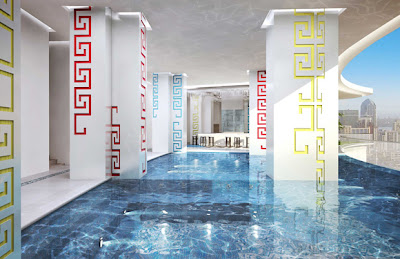 Article Courtesy of our friends at InteriorDesign.net
Renderings Courtesy of Century Properties