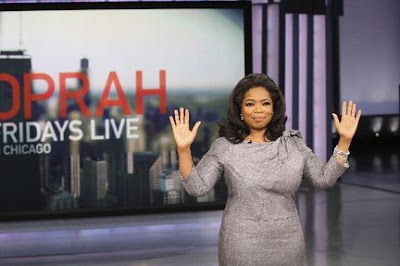 JourneyWayne Hilton Vies for a Show on Oprah Winfrey's OWN Network.

LAS CRUCES - One of southern New Mexico's most innovative designers is taking his act on the road and wants you to share the journey.

Wayne Hilton's artistic credentials range from New Mexico State University theater department costumes and sets to establishment of The Gen!, a vintage clothing and costume store, and other productions, innovative home furnishings and fashion enterprises here. He recently made it to the final tiers of a competition for a Home & Garden TV network reality show and now plans to compete for a show of his own on Oprah Winfrey's new network. Hilton said he learned a lot in his first bid for a reality show slot.


"In January, I went through the application and audition process of getting on a show called Design Star on the HGTV network," he said. "It was an amazing process, and out of an unofficial number of almost 10,000 applicants, I made it to the final 25 contestants. I went through five cuts, and was eliminated from being on the show in the live audition process in Los Angeles."


But despite the outcome, he was not discouraged. In fact, he found the process so inspiring that he jumped right back on the horse - or into an Airstream trailer - and came up with a concept for a new reality show.


"In the process, I met Mark Burnett of 'The Apprentice,' 'Survivor,' etc. who is working with Oprah Winfrey to produce a show for her new network, OWN, which is inviting people to come up with their own reality show ideas."


"Discovering YOU-S-A with Wayne Hilton," will invite others to share the spotlight, including Las Crucens.


"The concept for my show is travel-based, exploring the offerings of unique small towns throughout the United States. It will be somewhat of a competition-based program, in that viewers follow my adventures, then vote on the town that was their favorite during the season," he said.


Hilton says he's more interested in the process than the potential fame and star power.


This week, he's finishing up an audition video and then he'd like to invite you to be part of his reality adventures.


"I've always had the feeling that I'd be good at something like a talk show and the thing I like about this would be the chance to travel and go into communities and talk to people and let them tell me their stories," said Hilton, who works with ASA Architects locations, as well as in private practice, doing interior design work for both the business and residential clients.


"I'm a big process person," he said. "I love the live interactions with clients."


He has also deigned everything from fabrics and furniture to his own line of jewelry.


"I'm filming my video south of Las Cruces using an Airstream travel trailer as my backdrop. During my entire 'Design Star' effort, I kept thinking how cool it would have been to have the process followed, reported on, or somehow shared with the community because first, I put so much into it, and second, it was a pretty entertaining effort," he said.


If you like his concept, you can help him reach the reality big time.


"Unlike the format of the 'Design Star' audition, the public can vote for the videos on Oprah's website," he said.


To learn more about the process, go to www.oprah.com and click on "Your own show" and "Browse and Vote." Hilton's entry will be listed under "Wayne Hilton" and "Discovering YOU-S-A."


He also plans a bloc and a Facebook page, both under Discovering YOU-S-A, for those who would like to follow his reality show adventure quest online.