How to Get More Interior Design Clients by Building Rapport 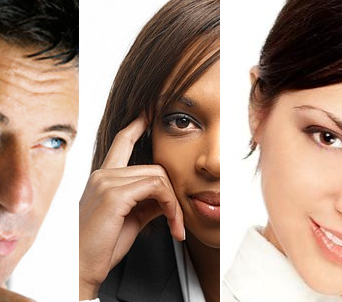 Build Rapport Quickly and Drive Up Your Closing Ratios

Product knowledge is important in selling your designs. Understanding how to uncover your prospect’s needs and then determining which product will best address those needs is critical. But as we’ve heard before, people buy from people they like. People buy Benefits, not Features … and they’re more likely to believe in the benefits you offer when they like you, trust you, and can relate to you. A key to effective communications is understanding and applying your knowledge of the four social styles – Analytical, Commander, Expressive, & Stabilizer (A.C.E.S.). In this article we’ll touch on each of the four styles, how they think and act, how to read your prospects to spot their style(s), and what to do once you know who you’re talking to.

Let’s spend some time talking about the traits of each style. We’ll briefly go into the strengths and weakness of each one. (No one style is better than another.)

Analytical are just that – very analytical. They seek perfection. They’re organized, detail-minded, and somewhat idealistic. Analytical tend to be perfectionists. They are good planners and schedulers, and can be creative and somewhat musical. Analyticals are sensitive, intellectual and tend to be conservative. Their weaknesses show up in a number of ways. Analyticals can become easily depressed. They often are moody and sarcastic. Because of their idealistic, perfectionist tendencies, they often are hard to please and can be fussy. Analyticals can be suspicious, skeptical, unpopular and unsociable.

Commanders are natural leaders. They seek control. They are high achievers, can be bold and assertive, and are often very competitive. They’re driven and goal-oriented, resourceful, strong-willed, and tenacious. Commanders are independent, perceptive, outspoken, and productive. Their flip side, or weaknesses, can show up as being overly controlling and bossy. They can be egocentric, headstrong, and short-tempered. Sometimes Commanders are insensitive, intolerant, and/or tactless. Many of them are workaholics.

Expressives are people. They seek fun. They’re animated, cheerful, and enthusiastic. Expressives mix easily, are spontaneous, and often are playful. You’ll frequently see Expressives as popular and sociable. As fun as they are to be around, Expressives have their share of weaknesses, too. They can be loud and overly talkative, and when they explain things may often exaggerate and/or generalize. They can be messy, undisciplined and unfocused. Sometimes they’re alarmists and impulsive in their decisions and actions.

Stabilizers are relationship builders. They seek peace. You’ll often see then as accommodating, considerate and easy-going. Stabilizers are great listeners, patient, and soft-spoken. They have strengths as mediators, counselors and can be diplomatic. Even though they’re excellent at keeping the boat from rocking, they, too, have weaknesses. Stabilizers avoid conflict, sometimes at any cost. They can be too compromising, indifferent, and timid. Sometimes Stabilizers will be uninvolved, noncommittal, and emotionless. They aren’t goal-oriented, so they are often weak at goal setting, can be aimless, and un-ambitious.

How can you use the knowledge to improve your ability to build rapport and close more sales? Remember not to follow the Golden Rule! (Do unto others, as you would have them do unto you.) Instead of communicating in the style you’re most comfortable in, work on communicating in the style they’re most comfortable in. With Analyticals, use facts and figures. Details matter. They’re the ones that, when they say, "Let me think about it," they really mean it! Don’t go too fast, be too pushy, be inaccurate, or be too light-hearted. With Commanders, get to the bottom line. Don’t burden them with the details (yet), just have them ready if asked for. Don’t let your presentation ramble – stay on track and make your point. They don’t want their time wasted. With Expressive, details make them glassy eyed. Keep your presentation light, colorful, and somewhat entertaining. They’ll buy because they had a good time with you, rather than on the logic. With Stabilizers, relationships rule. If you get right into your business, they won’t connect with you. They want to connect with you. They want to have you understand them and they want to understand you. Don’t rush them, and "work together", to solve a problem.

If you truly want to have a thriving book of business, you need to understand people and have them connect with you. Study the traits of the four social styles (Analytical, Commander, Expressive, Stabilizer). Practice picking up clues from prospect’s clothing, body language, surroundings, and speech. Then, make a conscious effort to modify what you say and how you say it to match your prospect’s social style(s). You’ll connect more easily and comfortably, and you’ll see your closing ratios climb!


Mr. Beck's credentials include an MBA from the Wharton School of Business along with degrees in Engineering from the University of Pennsylvania. Michael has held a variety of executive positions including CEO, COO, CFO, EVP, VP of Finance, and VP of Business Development. In addition, he worked several years overseas as a Business Advisor to a member of the Royal Family of Saudi Arabia. He is a Founding Member of the International Association of Coaches and a Past-President of the Denver Coach Federation. Read more: http://www.marketingprofs.com/authors/630/michael-beck#ixzz26CwAx4iR