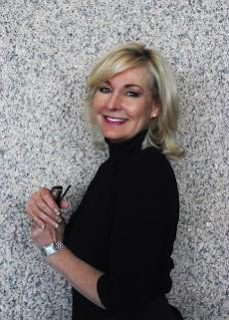 Designer Kay Lang's best work fits like a favorite pair of jeans: It's something that you want to be in again and again because it's so comfortable and feels so good.

Lang created the interiors department for Nadel Architects, an award-winning global architecture practice, before launching her own firm in 2000. She has created interiors for Neiman Marcus, Bloomingdale's, Saks Fifth Avenue, the Disneyland Hotel in Anaheim, Calif., the Four Seasons in Beverly Hills, Calif., and Chicago's Le Méridian. Lang's projects extend from Vancouver, British Columbia, and Dubai, United Arab Emirates, to Greece and China. She now adds Las Vegas to her résumé of global accomplishments.


Lang recently finished the common areas and interiors for Mandarin Oriental's 227 residences at CityCenter. The one-, two- and three-bedroom residences range in size from 1,110 square feet up to 4,000 square feet, with fully furnished home packages available. Asian-inspired interiors consist of light-filled, organic spaces that reflect a deep connection with nature. Lang deftly brings the outdoors inside through carefully orchestrated touches such as diffuse lighting and floating wall dividers; verdant plant-life and objects found in nature are used as ornamentation while shapes and patterns reflect the elements. A feng shui consultant made certain that the building maintained a positive energy flow.

Lang is a protégée of Tosh Yamashita. In 2006, she was inducted into the "Platinum Circle for Lifetime Achievement" by Hospitality Design magazine. Las Vegas Business Press recently spoke with Lang about her CityCenter experience and thoughts about the future of Southern Nevada design.

Question: What was the concept for your design?


Answer: We designed this project with a sense of place to match the Mandarin Oriental's philosophy of service and style. The residential component had to tie into that. We wanted to create an Asian-inspired feel with minimalist lines that would serve as a retreat from the craziness of Las Vegas. It's designed to be quiet. Since the shape of the building is open and flowing, we also tried to forge a basic connection with the surrounding desert and mountain range; it served as an inspiration for our palette. We didn't want to be trendy. We wanted to give each resident a unique experience with luxurious finishes in a contemporary context.


Question: What do you want a visitor to take away from being in one of your spaces?


Answer: I want them to feel that they are in a special place. As the first nongaming property on the Strip, it was important to have a sophisticated setting. We want visitors to feel tranquil and comfortable. We want to transport them to a private retreat where they can close the door and leave the noise behind. With 24-hour room and concierge service, they never have to leave home.

Question: In a city like Las Vegas that constantly reinvents itself, how do you create a timeless design?

Answer: CityCenter will survive the test of time because it's elegantly conceived; it's not trendy or themed. It has a sophisticated design that feels very urban, with Aria as a crowning jewel. It proves that gaming can be designed in a new milieu. It's the newest in classic elegance, serving as a distinctive addition to the Las Vegas skyline.

Question: Will this project attract a different type of visitor to Las Vegas?


Answer: The person that purchases a unit inside Mandarin Oriental is a special kind of individual. They have traveled around the world and seen a lot of properties. They expect a certain level of service and the newest in technology. It also has unobstructed, expansive views from all the units, which is something you don't typically find in most properties.

Question: Do you think CityCenter will influence future resort and entertainment design in Las Vegas?


Answer: CityCenter took more of an urban approach toward design that the world will look at. Its success will occur over the next few years, as people decide whether that vocabulary of architecture works or not. Who would have thought that all those different architectures could mesh together so seamlessly while still maintaining their uniqueness? It's very interesting. I think it will influence the future of design.