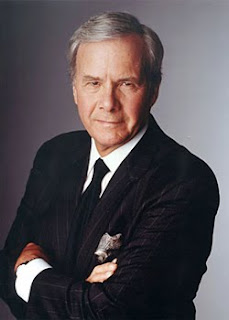 (CN) - A painter who fell while working on Tom Brokaw's house cannot personally sue the owner of the interior design group that hired his company, a New York appeals court ruled.

Anatoliy Segal fell off a scaffold while working on the home of Tom and Meredith Brokaw. Segal worked for Arete Group, which was hired by interior design group Kitty Hawks Inc.

The design company's owner and namesake, Kitty Hawks, filed a motion to be dismissed from the lawsuit. She argued that she was working for her company as an employee and had nothing to do with Segal's accident.

The trial court refused to dismiss Hawks from the case, but the justices of the Brooklyn-based Second Appellate Division reversed.

"There were no allegations personally implicating her in the accident, or accusing her of perpetrating a wrong or injustice against the plaintiff such that a court of equity will intervene to pierce the corporate veil and impose personal liability upon her," they wrote.