Floss Barber: Designs on the Money 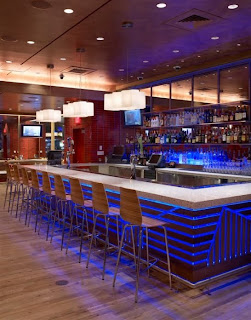 PHILADELPHIA - Floss Barber goes through a mental ritual before creating one of her signature casino restaurants. It's a process that served her well when she set out to design dining spaces at the Sands Casino Resort in Bethlehem, Pa., and the Rivers Casino in Pittsburgh.

"You must psych a city," said the Philadelphia interior designer, CEO of Floss Barber Inc. "You must feel the pulse of it."

Last year, Barber "psyched" the City of Brotherly Love, where she is currently designing the SugarHouse Casino, including all of its food and beverage venues and its gaming floor.

Her assessment: "Philadelphia is a blue-collar, gritty city," she said. "You have to do something quirky - something it can call its own.

"If the brand, marketing goal and vision are not in sync, you send a mixed message to the customer, and it's wasted energy. You end up needing more signs and staffing to overcome the disconnect."

Her methodical approach and uncompromising attention to detail have put Barber in high demand in an industry in transition. 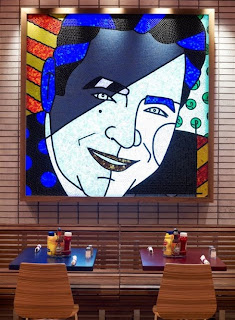 These days, casinos in resort towns such as Las Vegas and Atlantic City, N.J., are promoting their restaurants, shopping malls and hotel rooms more than ever to draw business as increased competition eats into their overall gambling revenue.

Last year, nongambling attractions accounted for almost 62 percent of total revenue for the Las Vegas Strip's 38 casinos, the Nevada Gaming Control Board said. Ten years ago, that figure was 54 percent.The paradigm is shifting in Atlantic City, too, although not as quickly. Nongambling attractions now account for about 15 percent of total revenue, the New Jersey Casino Control Commission said. In 2000, 8.4 percent came from those sources.

In Columbus, casino developer Penn National says it plans to include a buffet, steakhouse and entertainment lounge at its West Side location, on the site of the former Delphi plant. Eric Schippers, senior vice president of Penn, said the company is "still working on the master plan" for the casino, expected to open in late 2012, but that its amenities should be similar to those at Penn's Hollywood Casino in Lawrenceburg, Ind., a short drive from Cincinnati.

Schippers said Penn's Final Cut steakhouse brand "has been very successful for us. This upscale dining option is an important amenity for us and another way to compete with gaming facilities in neighboring jurisdictions."

Celebrity chef Emeril Lagasse, whose name is on the two restaurants at the Sands Casino Casino Resort in Bethlehem, and Barber hit it off immediately when they were introduced by casino president Robert DeSalvio two years ago. Barber worked with DeSalvio in the mid-1990s, when he was vice president of marketing at the Sands Hotel Casino in Atlantic City.

"Her team really hit it out of the park," Lagasse said. "She understood the vibe we were going for."

The customer wants to eat, be entertained, gamble, and be able to buy something, Barber said. "The name of the game is to keep them on the property - whichever way you can."

"You're designing for the traveling public," Barber said. "It's more showbiz and theater."